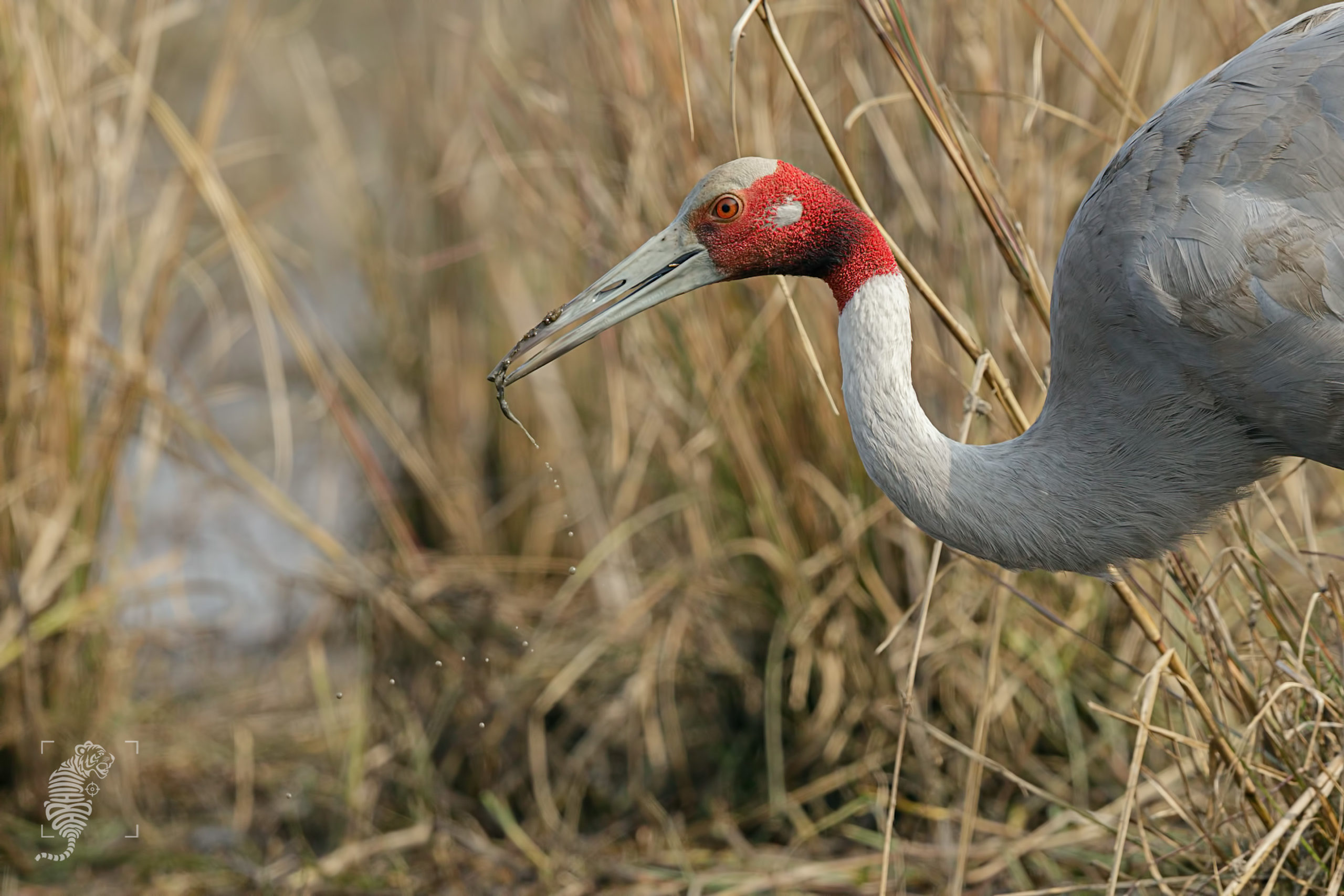 Life offers but few escapes- time with oneself is hard to come by! I decided to have some quite time when I booked my tickets for Bharatpur. The erstwhile Fort & Kingdom- the one which the Britishers could not conquer in their 150 odd years of rule in the subcontinent. What with its Mud covered high walls which absorbed the shock of any artillery fire & its strategically placed Moat all around, teeming with crocodiles.

This year around, in variance to our regular plans, me & my friend, took a flight to Delhi on the first Thursday of the new year. Landing there in the fog we went straight to The Nizammuddin railway station- what with the Uber driver being a novice to the Metro & hence he was driving in circles so that the journey which normally takes 45 minutes in the dying hours of the day was stretched to a hilarious & a little bit anxious 2 hours. We barely made it to the platform to catch our onward train to Bharatpur. We reached Bharatpur at 2am, with fog swirling around. Hailing an autorickshaw we went to the hotel- a property run by the Rajasthan Tourism corporation. Catching a few quick winks we were up betimes & ready by the time our trusted MANSASINGH came along. Mansa singh is our rickshaw driver & friend at  Bharatpur.

We entered the park & our first stop was just before the barrier, where we tried to make some Jackal shots- but luck failed us- a rare occurance at Bharatpur where jackals abound & are not too shy of humans. We sallied forth & at the barrier turned towards the forest guesthouse- behind which runs a trail bordered by the wetlands & where we were told that this year, a flock of Flamingoes had arrived. So thither we went in earnest. There was some nice activity of pied kingfishers, 5 of them at a place & making a fight for the food available there. A couple of Blue-Bulls ( Neel Gai) put up a brief appearnce in the fog. NO Luck with the flamingoes though!!

We returned to our rickshaw & enquired about the star guest at Bharatpur near the barrier- The Siberian Rubythroat, which we did see & get a few shots of, the year prior. But like any beautiful bird we were not satisfied & wanted to see it once again. But we were dismayed to know that it had not made its appearance this year. So our next stop was to be Sapan-Mori at the midpoint. Enroute at a point near the heronary a grey heron startled us by landing close by & with a big fish for a catch in its beak. We could get barely a shot or two before the fish was deep inside its gullet. Amazed & excited at the good omen we started on foot- looking for Blue-throats in the shrubbery, shooting Jacanas & reached Sapan mori in some time. Being the early birds in the park we were there before the crowd. A darter was sitting close to the road & gave us some wonderful image opportunities in some amazing early sunlight.

Sometime later a Marsh harrier popped in & had a coot for a meal on a branch.

We coursed to the right of the main road & were soon on our way to do what was our main aim this year at Bharatpur- Saras cranes.

This bird, once on the verge of extinction from India along the footsteps of the Siberian cousins has made a strong comeback, thanks to the conservation efforts & can now be sighted in good numbers inside & outside the park. Known for the commitment to a partner for a lifetime it has a special place in Indian Myths & legends.

We spied a pair grazing in a shallow swamp at the very end of the dirt track. & surprise! Surprise!! There was a juvenile in tow! What luck .

After taking some routine shots from a distance I changed tactics & gradually circled around to a side road & made my way stealthily to the very edge of the swamp with the help of the cover of the underbrush. Sitting comfortably ( as much as the biting cold allowed me to be) on my field chair I got ready for the long haul. Slowly but surely the mother & its young one started coming close to where I sat. I made some of my most satisfying images of the mother feeding the juvenile with clams/mussels. Great light & a lucky spot gave me some of my best saras shots till date. Crisp & clean!!!!

By the time I was back to my senses it was alredy 1:30 pm. To get food inside the park is difficult. The RTDC resort near the barrier is the only place else you need to go out of the park & come back again- wasting a good 2 hours in the whole.

We hurried to the RTDC resort & had some food. Quieting our hunger we decided to once again go to the same spot & see whether the Saras was still there- & yes we were in luck

This time I got all three individuals in the single frame. What luck.

Satisfied with the days work we retreated to the resort.

A word here about the resort- Till now our preferred place to stay but this time we saw the worst phase yet of the place. I would not recommend it to anyone anymore. Bad food, terrible condition of the rooms, the linen & blankets had a very bad odour.

The next day was pretty much the same. We started back for Delhi Via Mathura. A delayed train due to fog allowed us to have some much needed coffee & food at the railway station. Reaching Delhi we hit a hotel near the airport. & luckily fior us, despite a dense fog our flight took off on time & allowed us to be on time back home.

Bharatpur this year was surreal- beautiful, bewitching & teeming with birds. It was a throwback to its pre 2011 days. After a gap of & a scare that it will be lost to birds, this year the birds were happily back & the place was agog with activity.

A blessed break from our routine & some amazing images to show for it.

Eager to be back next season for some more exciting time at one of my most favorite places in India.

Saras – Committed to a Partner for life time. Really is a delight to Photograph. And Bharatpur gives time for everyone. Really….a treat to read and watch.

Thanks.
Yes Kirtish, Bharatpur has time for everyone. It is divine even if you don’t have a camera. I have seen people enjoying a book surrounded by the chatter of birds on the benches in front of the Heronry. Bharatpur is heaven!