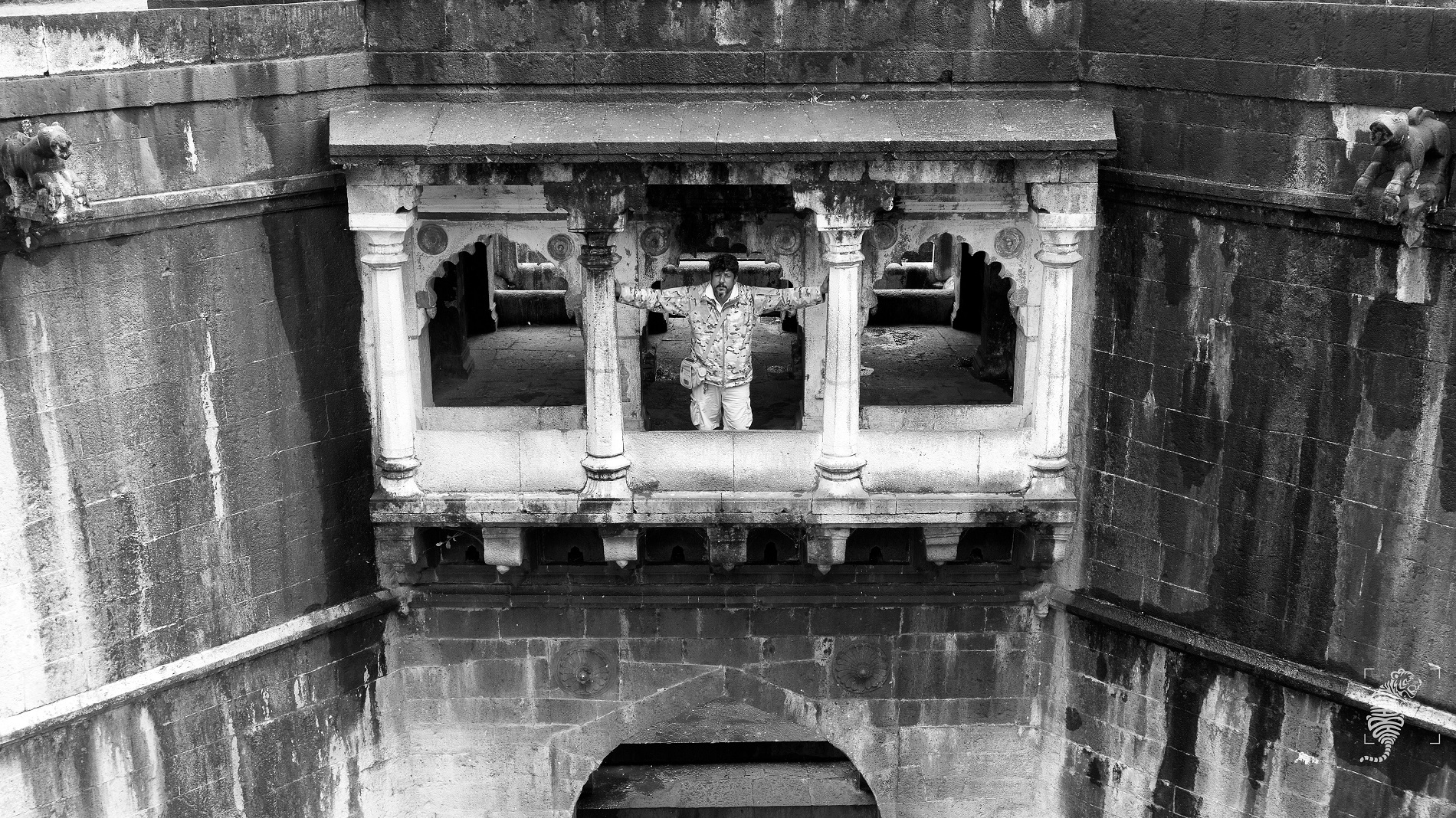 In the pursuit of happiness

In the popular 2006 movie, “ The Pursuit of Happyness” the protagonist endures all kinds & manners of trials & tribulations in his search for Happiness. The interminable badgering of life’s harsh realities, drive home the realisation for most people that:-Happiness is a state of the mind, more than a material or tangible thing. Nor is it a fungible commodity. It can be assessed, evaluated, aspired for & cherished only by the mind which EXPERIENCES the state.  Happiness is an ever-moving goalpost, and it is the quest of this ever so swift & guileful state, that can at times be fulfilling in itself. That no amount of money can buy us happiness, is a long-used cliché. Is it really so? Can happiness be had materially?

The answer seems to be a resounding no! Because happiness resides in the human mind and we humans are one of the few species which can experience this unique emotional state- being happy! A sad mind cannot be happy in the most comfortable & plush surroundings. Similarly, a mind can be happy even in the midst of gunfire & fighting in a soldier’s foxhole.

Man, throughout his life, is driven in the pursuit of this very elusive & yet desirable: happiness. How anyone defines it, is an intimate & intensely personal matter, but everyone from prince to pauper craves felicity. It remains elusive for most, some catch a fugacious glimpse of it. But some people carry it eternally with them, they are the very embodiment of happiness & contentment.

Photography has been for me, a perpetual quest of this evanescent feeling of mirth. 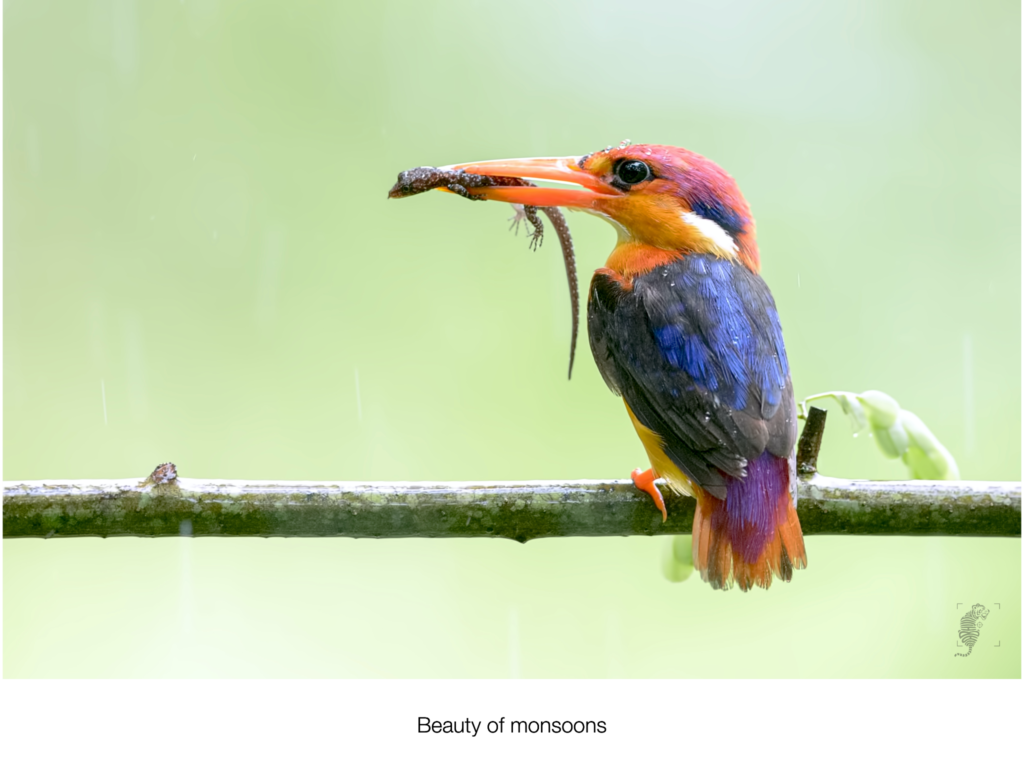 On mother nature’s vast canvas of creation that wildlife is, a wildlife species ensnares your imagination & lures you into chasing it till you fulfil your desire of that fleeting encounter, which leaves a lasting memory & if successful, then an actual, fungible token of that encounter becomes a totem to show off: a good photograph. Such an image becomes a reward by itself. It is a reason to celebrate & be happy.

It is not without some substance that photographers are called “photon thieves!” They steal from Father Time’s precious treasures, that millionth of a moment, which becomes a source of joy, a magic pandora, which enlarges into the whole memory of the event for some & at times, as happens with some iconic images, like the ones captured by Robert Capa on Omaha beach or, the ones of Ché Guevara with his cigar in mouth, become the cultural heritage of generations. Photographs that reveal to a generation, how their predecessor generations lived, laughed & cried. Vivian Meir, who worked as a nanny with a New York family, made an assiduous record of the life of New-yorkers in the decades from 1950 to 1990, producing an astounding 1,00,000 images & left us a photographic documentary treasure of life in New-york ( chiefly; she has images from Chicago to France, to Algeria, India & the  S-W Asia in her body of work).

A fascination for the Oriental dwarf kingfisher ( ODKF), one of the smallest of the kingfishers found in India, drew me in my pursuit of happiness. Having heard a lot about its ethereal beauty, having seen some brilliant images of this jewel, I was anxious, desirous & excited to add it to my oeuvre. How, where, when was a question I least bothered to address.

Once an idea takes root, it also gives wings to actions. Obsessed as I was, I started making enquiries with those who had seen it, in my photographer’s community & amongst my friends who are master birders.

The ODKF, for the uninitiated, is a small bird that resides in lowland forests, typically near streams or ponds, where it feeds upon insects, spiders, worms, crabs, fish, frogs, and lizards. It measures a measly 12.5–14 cm in length (including bill and tail), Females typically weigh 14-16g and males 14-21.5g ( 1). Despite being such a small bird, it is a veritable flying bullet. In a blink, it appears, as if by magic & is off in a flash! So photographing it is a daunting challenge. A fast camera is not solely sufficient to make things happen.

Nishikant ( Nandu) Tambe, who has been working as a one-man conservation story in the Chiploon district of western Maharashtra region of Konkan, is a personification of this Pursuit of this enigmatic happiness. Born to Brahmin parents, and not having had great education opportunities, he developed a love for the wild early in his life. Earning came with difficulty, but the love for wildlife never died. He worked odd jobs in & near his native place. But more importantly, whatever he earned & managed to save, he invested & invested not like any average Joe in banks et al. Nandu started buying pieces of land near his native Pathardi hamlet near Chiploon ( CCWC+7HX, Shiroli, Maharashtra 415701) 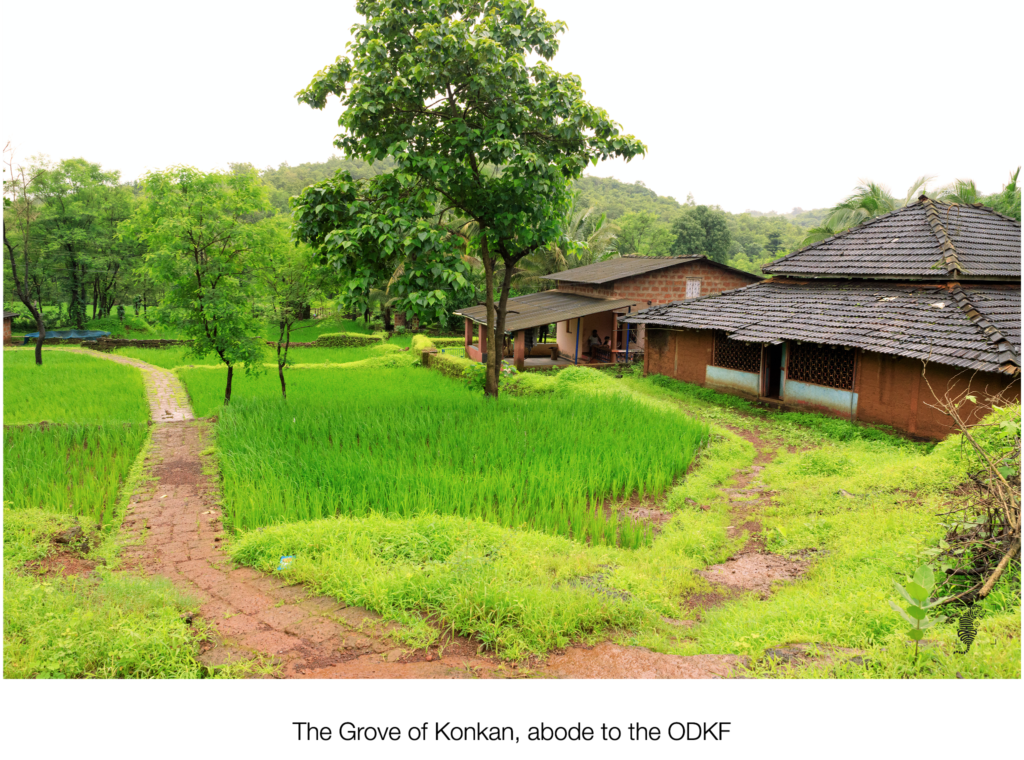 & he let nature take over this small ( and yet ever-growing) pocket of land. He has been at the forefront of conservation & of saving trapped & wounded animals, be a leopard drowning in a well or a  stray crocodile from the 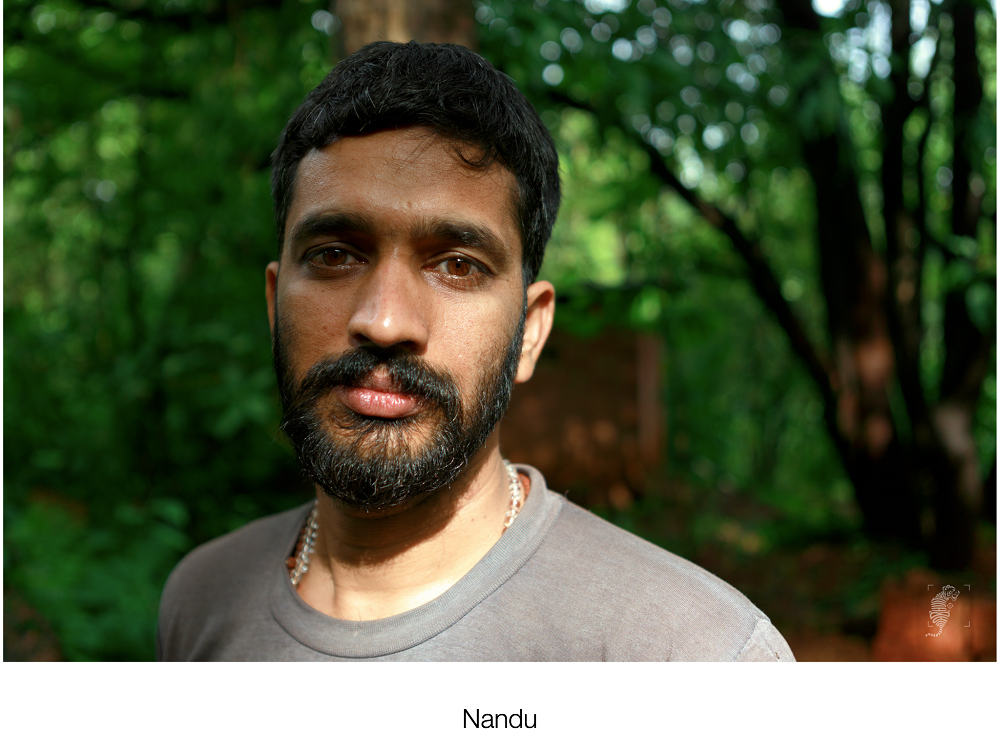 Vasisthi river running through Chiploon town, where Muggar crocs abound, which he carried on a two-wheeler & kept in the toilet of his house, foolhardy it may seem, but it is for his love for wildlife that he goes to any extent.

Nandu has been instrumental in helping with the preservation of the ODKF & its habitat in the Chiploon area. Providing these birds with safe feeding grounds & breeding places in the forests he has bought. At times even going to the extent of actually feeding the chicks, which die of hypothermia if not fed regularly, if the parents fail to supply food adequately.

The Kumbharli Ghat, which runs near the Koyna Dam is as picturesque as it can get in monsoon, the season of the breeding of the ODKF in the Western Ghats. Shrouded in clouds, wearing her many waterfalls & rivulets with great elan, difficult to negotiate, but awe-inspiring at every turn, Kumbharli ghat is like a bashful maiden! It is after navigating this beautiful ghat that one reaches Chiploon. 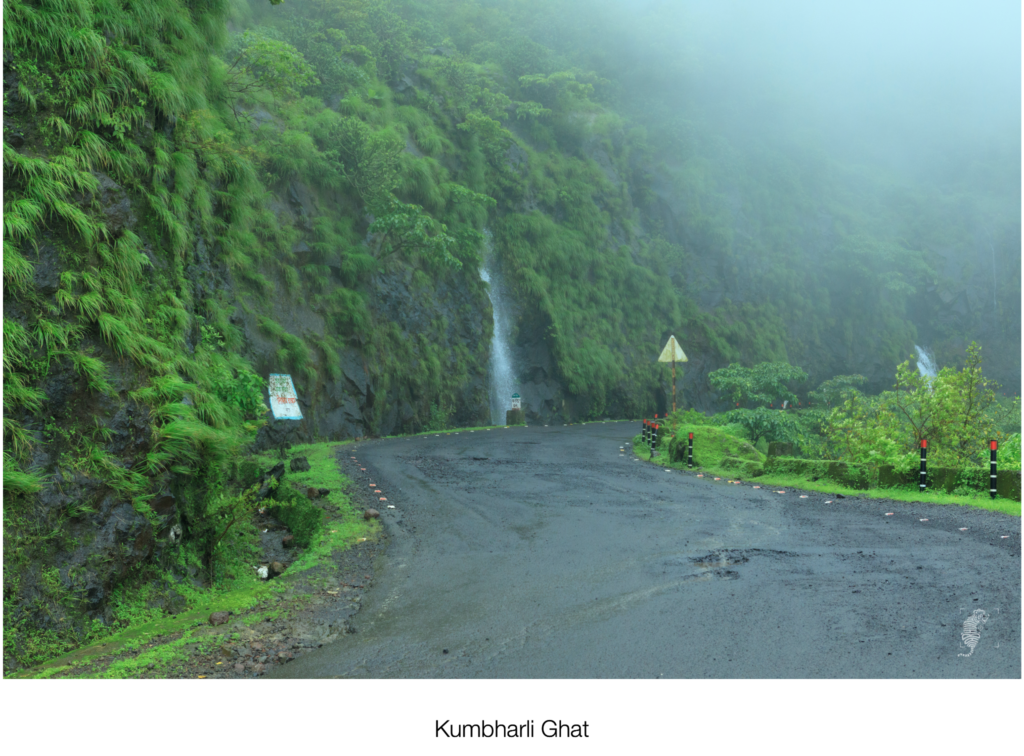 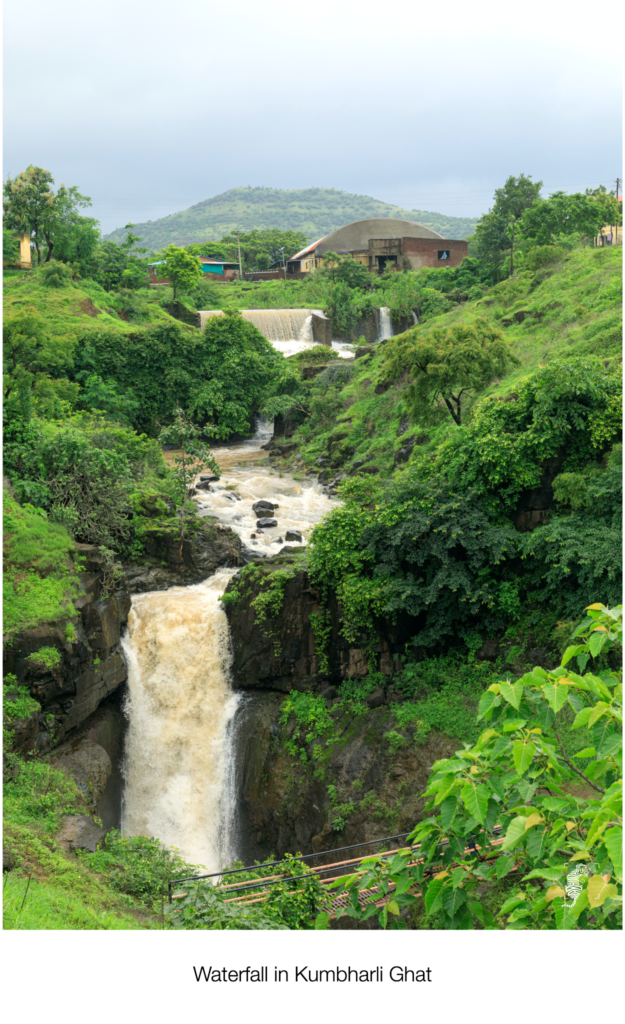 The ODKF makes burrows in soft mud embankments. The construction of the nests is inclined downwards to let water flow off & keep the nests dry & the chicks from drowning in the downpour of Monsoons. 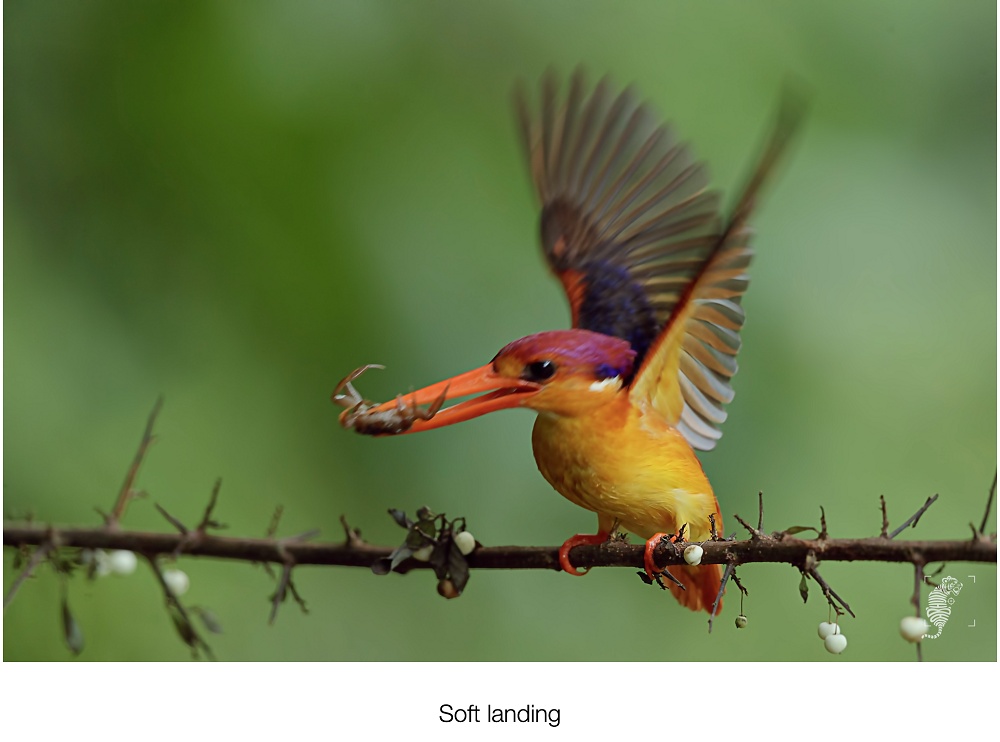 Feeding 5 perpetually hungry chicks is a herculean task for this tiny busybody. Prey is abundant, but not served on a platter!!!! The parents need to exert hard to keep the fast-growing chicks well-fed. 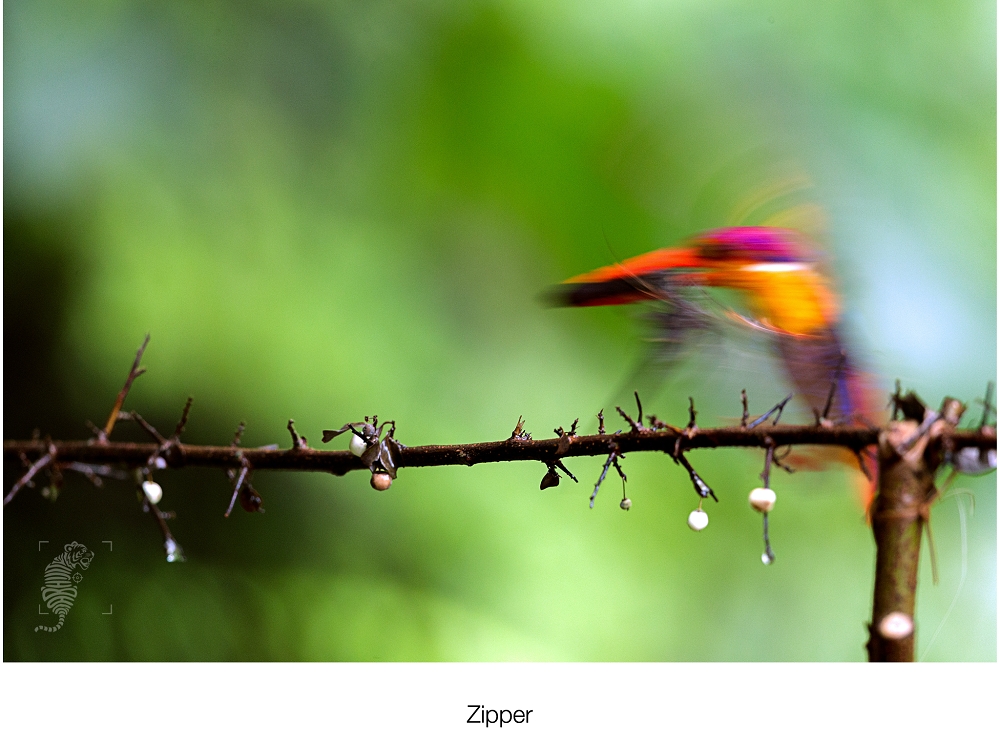 Making an image of the ODKF in flight is not for the dummies! Luck & skill are needed in equal measure to accomplish it. Even with a camera shooting at 12 frames per second, it is very, very hard!! 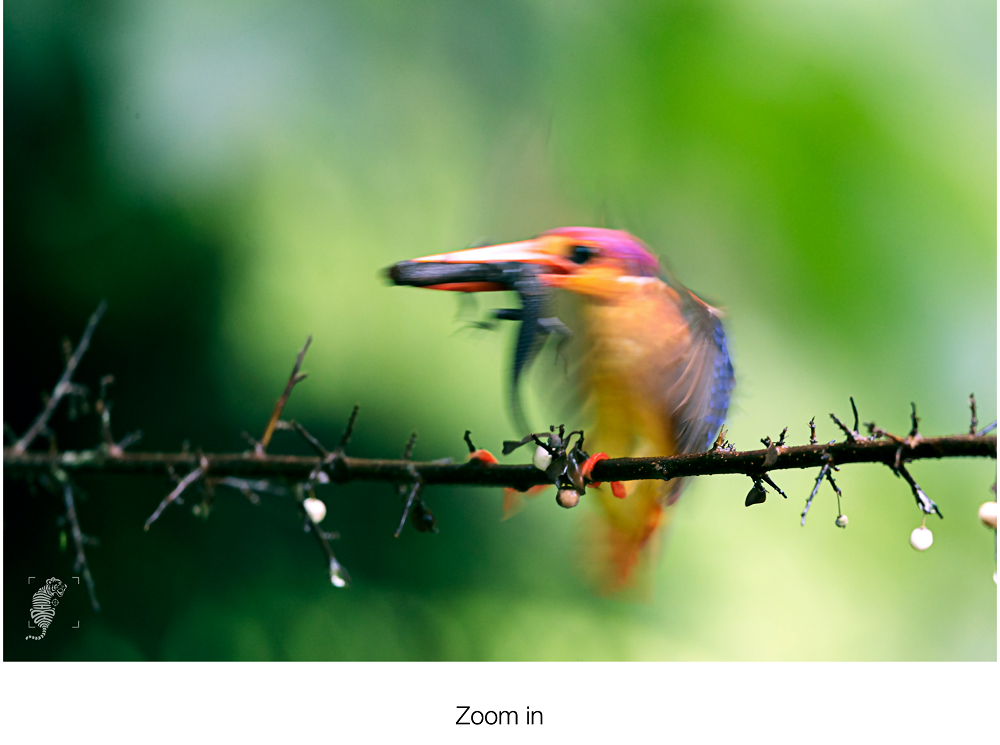 What seems like a small sedate bird can suddenly turn into an explosive ball of saffron & yellow zipping around at great speed.      ( above images are taken at 12 frames/sec with one of the fastest commercial professional cameras).

The bird is an indisputable riot of colours. Coral red, sunlight yellow, blue in its various shades, pink, black; nature has endowed the species with its best colours & hues!

Children, endowed with a natural carefreeness, find pleasure in simple pastimes. Sapphire blue waters of the untarnished village wells & ponds are the haunts of youngsters in rains in Konkan!! What joy to splash in the clean blue water! 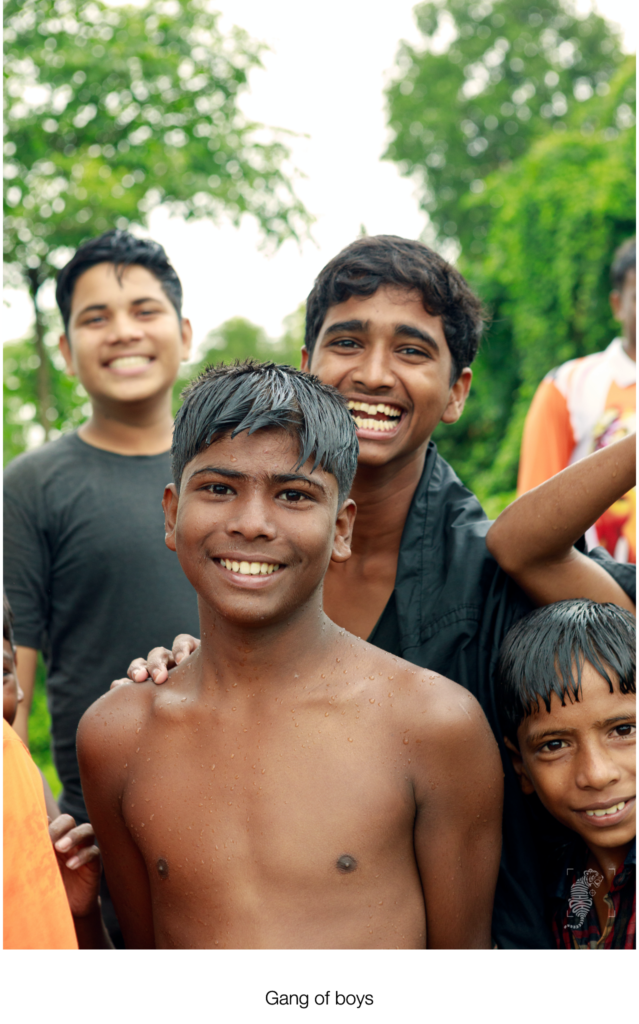 I have my share of happiness, whenever I want to enjoy it, I just open my images from Chiploon, enjoy the beauty in the images & feel happy. 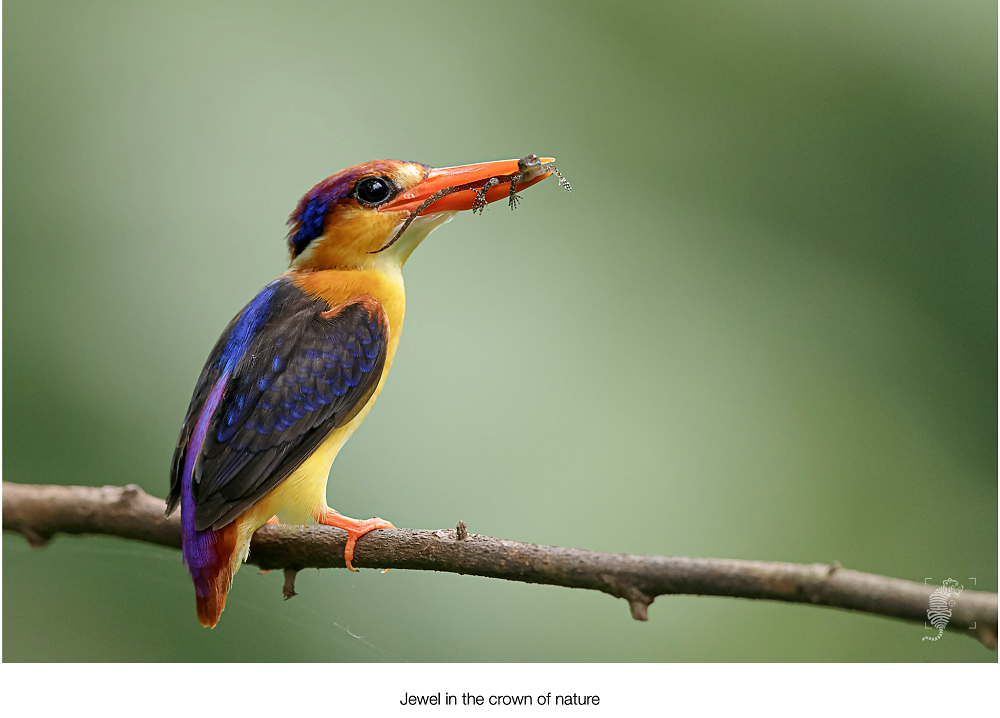 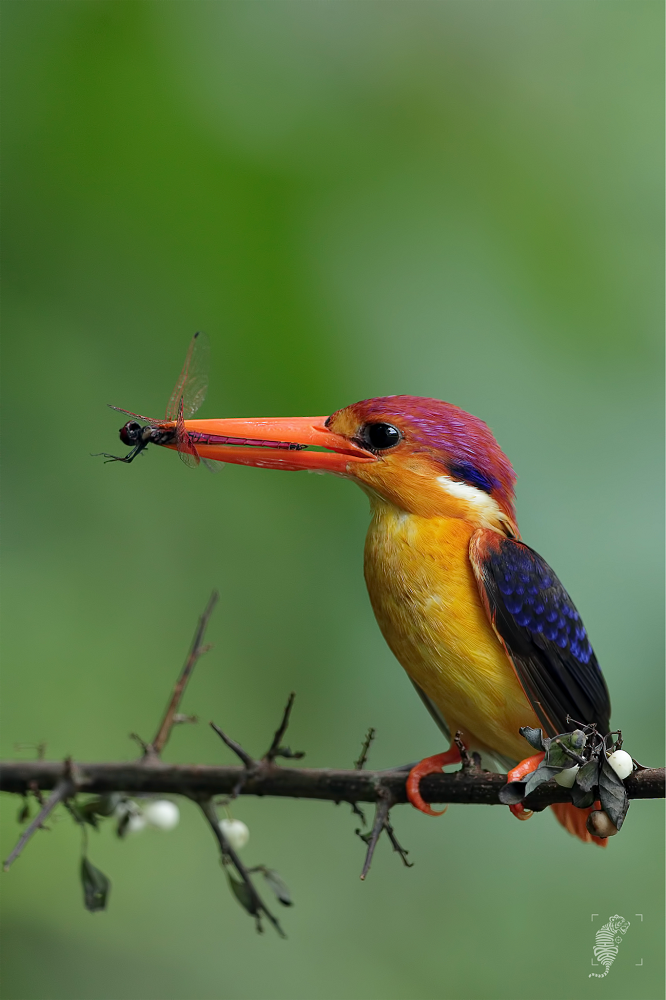 Every time a fresh clutch of chicks successfully makes its way ahead in life, not unlike a proud parent, Nandu beams with satisfaction- he basks in his sense of happiness.

For, as I said earlier, Happiness is a state of mind, not fungible. Only for the mind to enjoy, the soul to drench in its ephemeral drizzle!!! 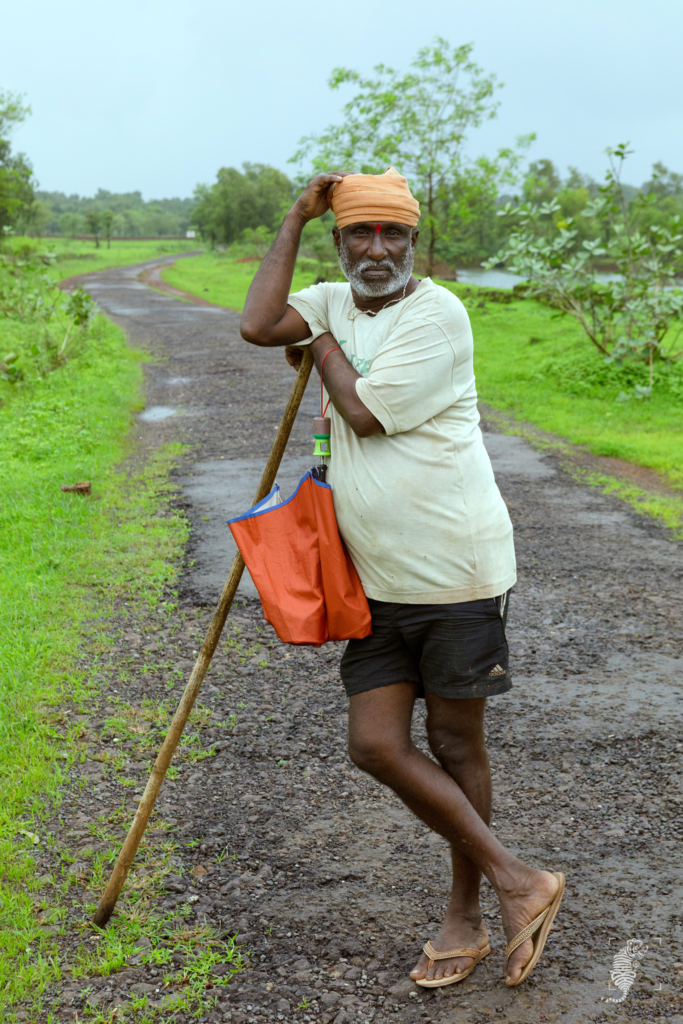 What a wonderful write up Abhijit! You create a background first. Then the reader gets absorbed in the words and just waits to find on what will you be writing this time!
watching your photography product is a visual treat! And reading your blog gives HAPPINESS 😊

You hit the ball out of the park here with your final twist! Amazing way of showing appreciation. I am humbled by your words.

Well written Abhijit . .. It’s up-to an individual to decide what makes him/ her happy. Money can buy satisfaction but not happiness.

Happiness being a subjective concept is perceived differently by different individuals. With the age and maturity of a person meaning of happiness changes. Your passion for photography and love for ODKF has spread the colours of happiness all around. Your photographs are certainly not evanescent but create an everlasting effect that compliments scholarly write-up.

That you should find such kind words of praise for my small effort at both writing & at photographing what has been endowed by Mother nature with her finest pickings, makes me keenly aware of the responsibility I have towards being humble & honest in life.
Thanks for your appreciation.

Very well written. Happiness can be individualistic as well. Someone might get happy at a glance of a Ferrari/Lamborghini or hear the thud of the engine, someone may find happiness in just relaxing around the blue ocean looking at the waves and feeling the breeze!
PS: The photographs really showcase how happy you are!

So true. Happiness is an extremely personal thing. It is more a state of being, than an emotion.
Thanks

Very true, meaning of happiness is so different for everyone and each one of us will get that if we know where it is. ODkf shots are so beautifully captured. Your various passions come thru so well thru your writings like bright colors of ODkf.👏🏻👏🏻

So true, Happiness is so individual in its meaning & appeal.
Thanks for your words of appreciation.

Fantastic writeup
Goes from happiness to photography to birds to odkf to nature..